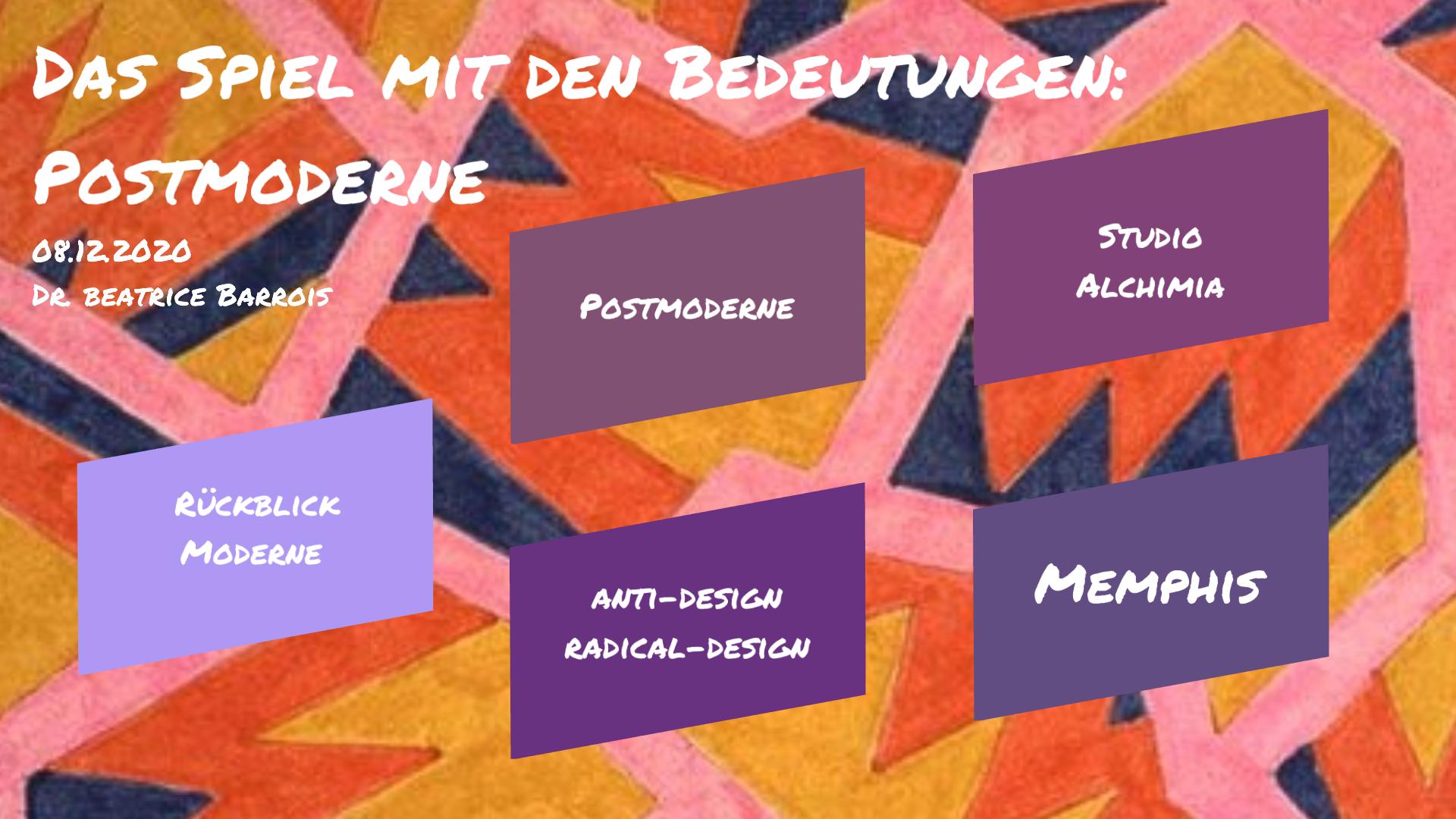 The lecture took place in the course of lecture series on design history (s) and was organized by Prof. Dr. Gerhard Schweppenhäuser. The content was about postmodern tendencies in design, exemplified by Charles Venturi and Denise Scott, Superstudio, Studio Alchimia and Memphis. Characteristic of postmodern reflection were doubts about previously unquestioned basic assumptions and criticism of outdated ideas of modernity. After the euphoria of mass production and functional rationalism, cracks formed ... the smooth facade of modernity began to crumble. There was a specific unease about modern perspectives based on certainty, consensus, and determination. A distant view was adopted in which individuality, heterogeneity, emotionality and contradictions were focused, an awareness was developed of how we constantly construct our everyday life and fill it with meanings. In addition, capitalist society was questioned and criticism of consumption grew. Designers no longer wanted to just be providers of industrial production. They felt committed to social issues. Open concepts between design, architecture, painting and sculpture developed, which allowed expressive design. The postmodern movement opened up spaces for cultural complexity and heterogeneity that set no limits to the imagination!